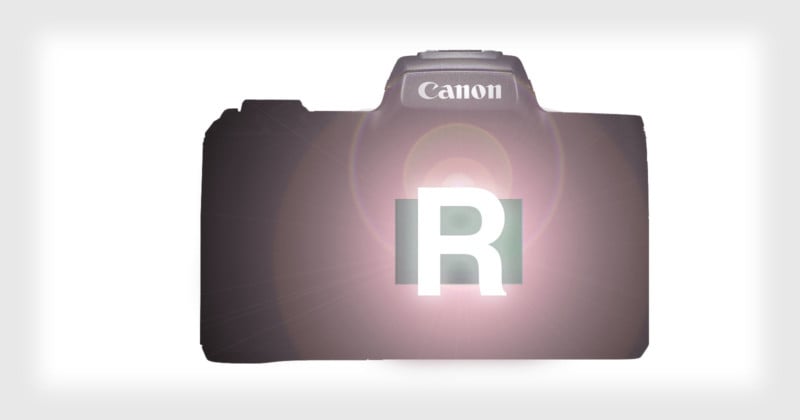 The cat is out of the bag. As rumors foretold, Canon will indeed be announcing its first full-frame mirrorless camera and 7 different new lenses next week on September 5th.

Canon Rumors and Nokishita have both published the full list of gear that will be unveiled on that day. Canon has been keeping this camera announcement as an extremely closely guarded secret that was largely under wraps up to this point.

The big announcement that photographers will be keen to learn about is Canon’s new R full-frame mirrorless camera and the ecosystem that will be launched around it.

It’s still unclear how the new mirrorless camera will support EF lenses, but there are rumors that Canon has created some kind of special lens mount system that will allow the entire range of EF lenses to be mounted. If not, we may also see a separate adapter announced on the 5th as well.

Canon Rumors is also hearing that pre-orders for the new Canon R equipment won’t begin immediately at the announcement.

The official announcement is only days away now, so we’ll find out the full details soon enough. Stay tuned.

Panasonic to Unveil a Full Frame Mirrorless Camera on Sept 25: Report
more news from the blog
How to Take Underwater Photos

10 Tips to INSTANTLY Take Your Photos from BASIC to BOSS

Digital Photography One on One: Episode 62: Choosing the Right Lens

How To Capture Candid Moments | Photography 101

The iPhone 6S Takes Better Video Than My Pro DSLR

Ep. 152: Taking Stupidity to New Heights in Photography – and more
Building a Canon DSLR Kit for $300 and Hustling Your Way Up to Full-Frame
A Beginners Guide To Auto Focus (AF) Modes On Your Canon dSLR: One Shot, AI Focus & AI Servo